COVID-19 insights by boobook: The influence of the crisis on consumer confidence and optimism

Contrary to a common assumption, countries with most financial stability and well-developed government support systems, are most pessimistic about the future.

This observation is very prominent in Western Europe. Are Western Europeans spoiled because of reliable financial support systems? Does this feeling of safety make them less active and eager to come up with creative solutions themselves?

Over the past couple of weeks, we’ve been analysing consumer confidence across the globe regarding the impact and implications of the Coronavirus pandemic.

Our objective was to see how the crisis will affect the way that consumers make choices in the future.

We surveyed a nationally representative sample of 4,500 consumers across nine countries in various stages of the pandemic. Here are our early insights into consumer confidence and optimism for the future.

When we asked people when they thought the crisis would be over and things would return to ‘normal’, a third of them thought it would take more than a year for things to go back to normal again. On the other hand, a quarter of consumers were far more optimistic. They felt that things would be back to normal in the next three months or so.

About 25% of people who were surveyed are very optimistic about the future, while 10% says life has changed forever. This brings us to the net optimism score of +14%.

The optimism was most noticeable in China, though these results relate to a period just before the latest outbreak in Beijing. At the time of our survey, there was a sense that the worst was over and things would return back to normal quickly.

Even though the pandemic is still spreading in Brazil, they seem to be optimistic as well as the Americans. It is mainly South Africa and a clutch of Western European countries (with the possible exception of France) that is most pessimistic. Even in Germany, where the death rate was amongst the lowest in Western Europe, people are not confident things will return to normal any time soon. So, whilst the stage of a pandemic in each market influences consumer confidence, it is not the only factor in play.

Looking at the data, there has been a significant financial impact on consumers over the past few months.Nearly half the people across the nine markets said that their household income had been reduced in some way because of the pandemic (either through redundancy, temporary unemployment schemes or other reductions in earnings).

This impacts directly people’s feelings of financial security in short to medium term ability to pay their monthly bills. In markets where there have been higher levels of a reduction in household income, such as South Africa and Brazil, we see higher levels of financial insecurity and concern about the upcoming months.

When we asked people about their optimism, or otherwise, for their financial situation in the future, things look more nuanced.

While there appears to be some relationship at a national level about current feelings of financial security and optimism for the future, it’s not a given.

Once again, China comes through as the most optimistic market. While you would expect South Africa to be the most pessimistic that’s not the case, similarly with Brazil.

The western European markets and particularly France are the least optimistic in terms of their future financial situation. In both Spain and France, more people are pessimistic than optimistic, and in the UK and Belgium, it’s pretty even.

While in Western Europe people feel generally OK in the short term, there is still a degree of anxiety about the future. This mood will inevitably influence how they behave.

When asked to predict how life will look like after COVID-19, people in countries with the least income stability turned out to be the most optimistic.

These conclusions are based on early results from our study to understand universal patterns at a national level. In the following weeks, we will continue to analyse the data to get further insights into how the pandemic influenced and possibly changed the way that consumers behave.

As the saying goes, watch this space! 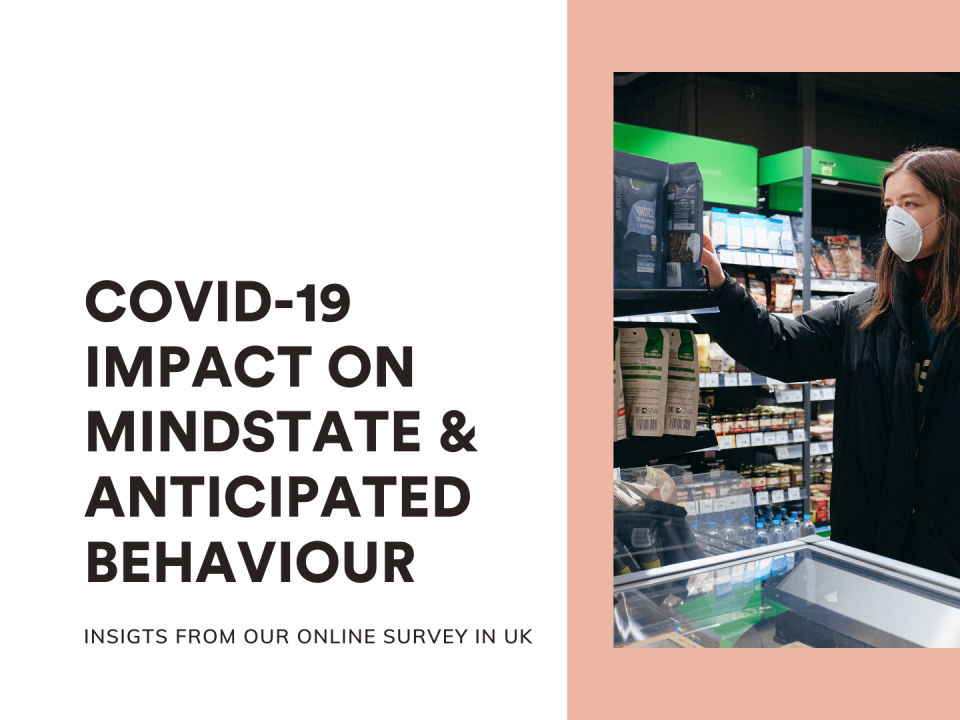